God’s warning to Adam contained no ambiguity. Biting into the fruit from the tree of the knowledge of good and evil would produce a definite limit to his lifespan.

Genesis 2:17
But of the tree of the knowledge of good and evil, thou shalt not eat of it: for in the day that thou eatest thereof thou shalt surely die.

Though unambiguous, it is not without nuance. Adam, man and wife, died spiritually on the very day they consumed the fruit. Their spiritual death, their separation from the holiness of God, is shown through their sudden awareness of nakedness, their subsequent expulsion from the garden and exclusion from the tree of life, and their need for robes from a substitutionary animal sacrifice.[1] Adam’s physical life ended short of a full day from the Lord’s reckoning as “one day is with the Lord as a thousand years”[2] and Adam died at 930 years of age.[3] In the intervening time, he and Eve still lived in the blessing and command of God to “be fruitful and multiply.” They had a hopeful incentive for doing so. One of their progeny held the promise of delivering them from the deceiver, that old serpent, the Devil.[4]

Genesis 3:14-15
14 And the Lord God said unto the serpent, Because thou hast done this, thou art cursed above all cattle, and above every beast of the field; upon thy belly shalt thou go, and dust shalt thou eat all the days of thy life:
15 And I will put enmity between thee and the woman, and between thy seed and her seed; it shall bruise thy head, and thou shalt bruise his heel.

God instituted a family feud between the Serpent and the woman and their respective seeds. Eve was fallen, but still fruitful. Her promised seed spoke of the Savior who would ultimately conquer the subtle snake that crept his way into man’s crown and was condemned to slither about under its weight.

Genesis 5:1-3
1 This is the book of the generations [toledah] of Adam. In the day that God created man, in the likeness of God made he him;
2 Male and female created he them; and blessed them, and called their name Adam, in the day when they were created.
3 And Adam lived an hundred and thirty years, and begat a son in his own likeness, after his image; and called his name Seth: [Emphasis added.]

Adam, male and female, was created in the “likeness of God.” Seth, however, was in the likeness and image of Adam. The human race is still an image bearer of God, but we are a cracked-mirror, besmirched image. After the Fall, children reflect the failures of their fathers more than they do the glory of God. Though this may assault our notion of fairness, it is simply a matter of reality. When I taught my children to ride a bicycle and they inevitable fell down and hurt themselves, I never cried out against the unfairness of gravity. Our sins impact our future generations because they are “in us” during our transgression just as we were “in” our forefathers when they sinned.

Romans 5:12
Therefore, just as sin came into the world through one man, and death through sin, and so death spread to all men because all sinned. ESV

Sin came into the world through one man. Death came with it and spread to all mankind. The only members of mankind alive when Adam sinned were him and his wife. Death, then, was transmitted through procreation, an ironic paradox if there ever was one. Their children, you and me, would not be subject to death if we managed to stay sinless. But we are unable of such righteous feats. All of us have sinned and fall short of the glory of God.[5] This is our inheritance from Adam. Thankfully, it is not where God left us.

1 Corinthians 15:21-22
21 For since by man came death, by man came also the resurrection of the dead.
22 For as in Adam all die, even so in Christ shall all be made alive.

We were born dead in trespasses and sins because we were in Adam when he sinned. Because the breach was made by man, mankind had to repair it to satisfy the holy justice of God. But all of mankind was infected with the same disease of sin, unable to provide the sinless sacrifice required to settle the debt of sin. God Himself had to enter the lineage of man to supply the Way to redemption.

What does it mean to be “in Christ”? “In” is a well-worn preposition with profound implications. Its power in relation to generations is perhaps best illustrated with the example of Abraham, Melchisedec, and Levi.

Hebrews 7:4, 9-10
4 Now consider how great this man [Melchisedec] was, unto whom even the patriarch Abraham gave the tenth of the spoils.
9 And as I may so say, Levi also, who receiveth tithes, payed tithes in Abraham.
10 For he [Levi] was yet in the loins of his father, when Melchisedec met him [Abraham]. [Emphasis added.]

In fulfillment of messianic promise, Jesus is our eternal high priest after the order of Melchisedec.[6] Levi paying tithes to Melchisedec while in Abraham is a central point in the argument the writer of Hebrews presents for the superiority of the Melchizedekian priesthood over the Levitical priesthood. With this in mind, let us read Paul’s powerful declaration to the church in Rome.

Romans 8:1
There is therefore now no condemnation to them which are in Christ Jesus, who walk not after the flesh, but after the Spirit. [Emphasis added.]

Paul explained exactly what it meant to be “in Christ Jesus” earlier in the letter.

Romans 6:3-9
3 Know ye not, that so many of us as were baptized into Jesus Christ were baptized into his death?
4 Therefore we are buried with him by baptism into death: that like as Christ was raised up from the dead by the glory of the Father, even so we also should walk in newness of life.
5 For if we have been planted together in the likeness of his death, we shall be also in the likeness of his resurrection:
6 Knowing this, that our old man is crucified with him, that the body of sin might be destroyed, that henceforth we should not serve sin.
7 For he that is dead is freed from sin.
8 Now if we be dead with Christ, we believe that we shall also live with him:
9 Knowing that Christ being raised from the dead dieth no more; death hath no more dominion over him.

Because we are “in Christ,” we were crucified when He was crucified, we died when He died, we were buried when He was buried, and we were brought to life when He was resurrected. The Crucifixion was an eternal act. We received the punishment for our sin nearly 2,000 years ago when Jesus died on the cross because we were in Him. We entered into Him in the eternal domain of the atoning sacrifice through faith.

Romans 10:9-11
9 That if thou shalt confess with thy mouth the Lord Jesus, and shalt believe in thine heart that God hath raised him from the dead, thou shalt be saved.
10 For with the heart man believeth unto righteousness; and with the mouth confession is made unto salvation.
11 For the scripture saith, Whosoever believeth on him shall not be ashamed.

Though for us the moment of confession and belief occurred at a historical point in time, it placed us in the realm of the eternal—chosen in Him before the foundation of the world.

Ephesians 1:3-4
3 Blessed be the God and Father of our Lord Jesus Christ, who hath blessed us with all spiritual blessings in heavenly places in Christ:
4 According as he hath chosen us in him before the foundation of the world, that we should be holy and without blame before him in love:

From our perspective, we became believers and entered Christ at a specific point in time in our conscious past.  From His perspective, we were in Him before the foundation of the world.  The intersection point (or spiritual worm hole [Ps. 22:6, 16] if you will) is the Cross.  It is there that we consciously enter the place where we have always been.  We were “in Christ” and thus we follow Him.

More important than what we shall do (future tense) is what He has done (past tense) to make us what we are (present tense) and what we should be: redeemed, holy, and without blame before Him in love. 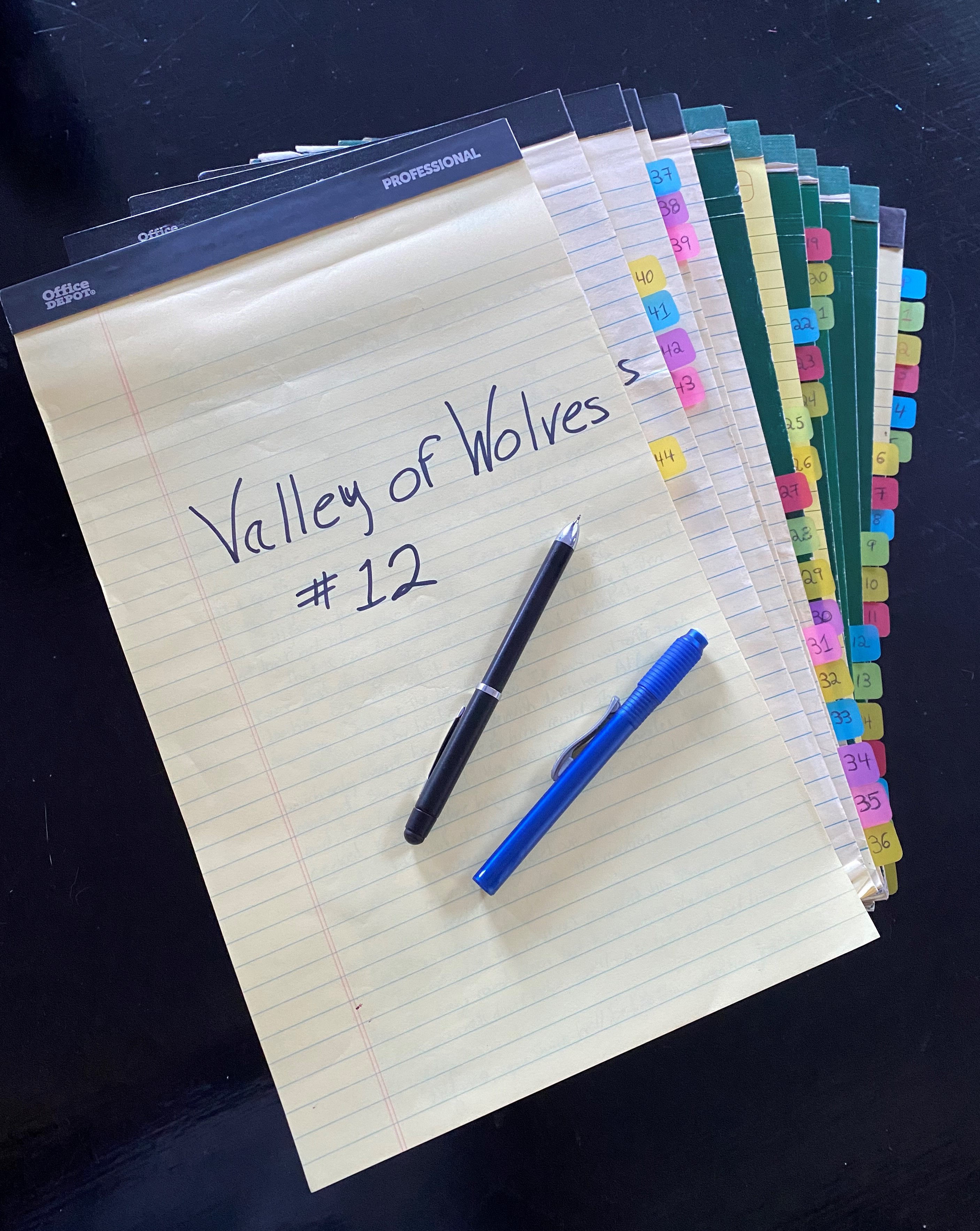 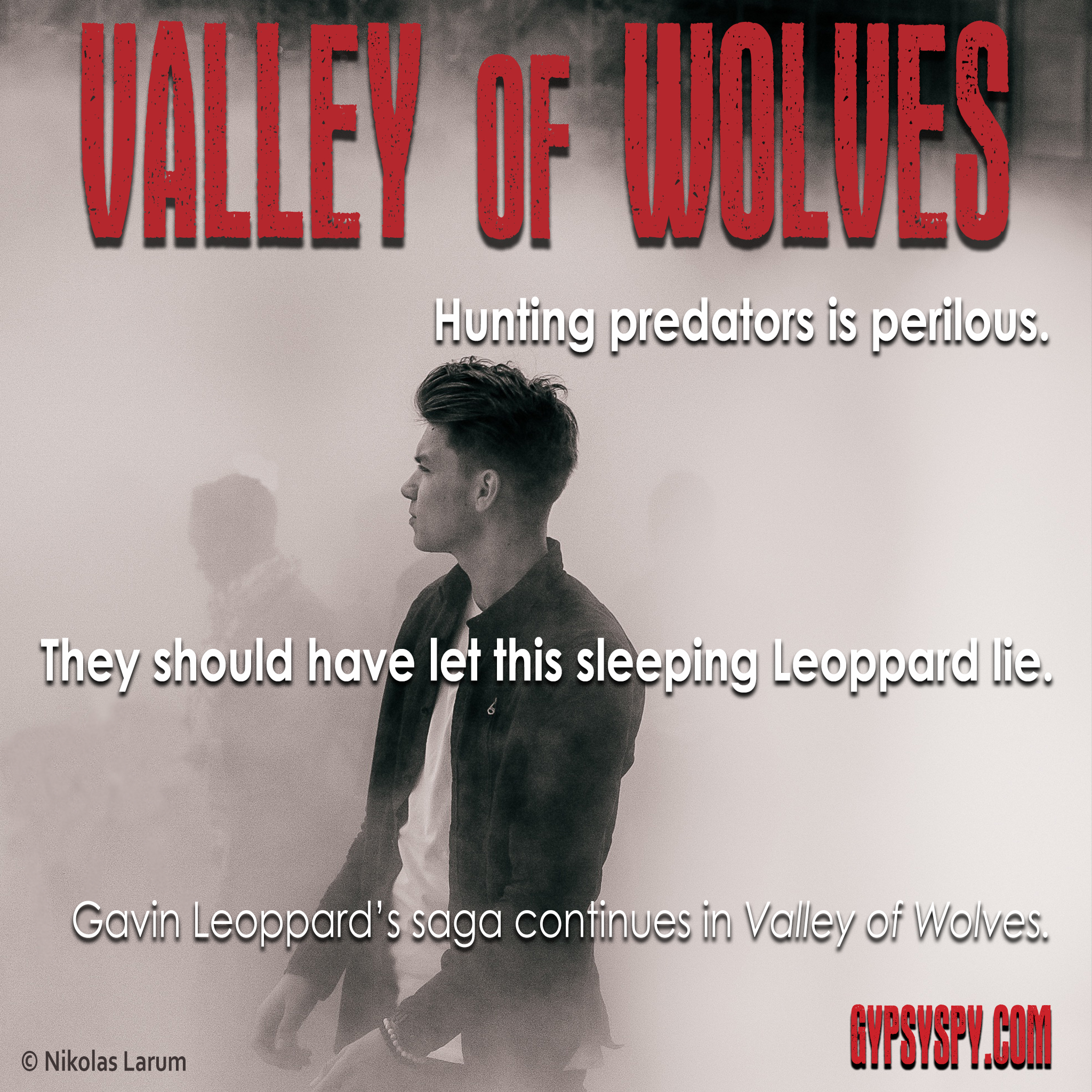